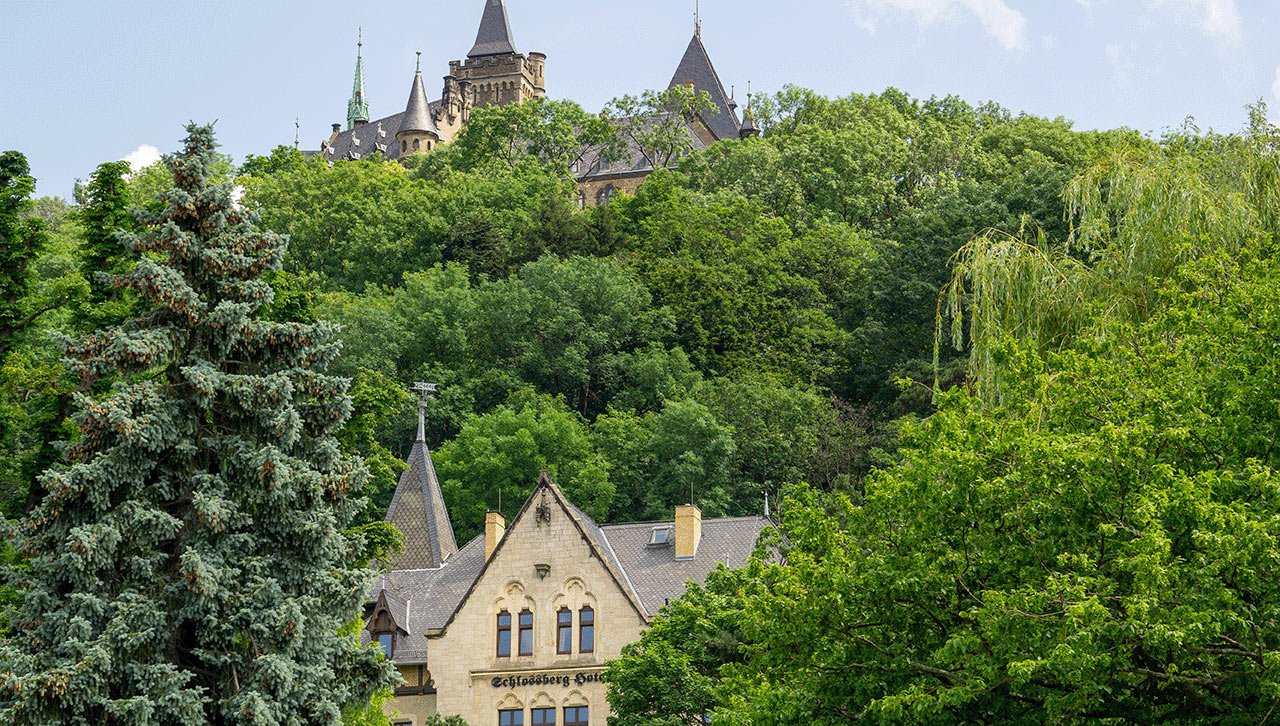 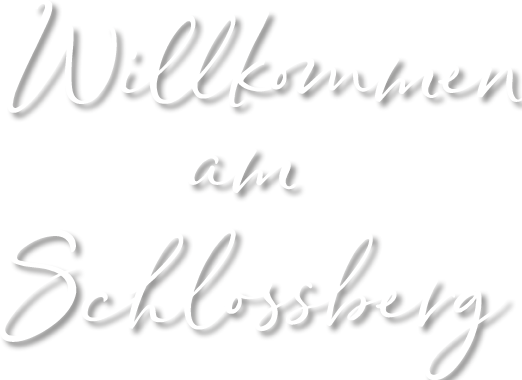 With kind regards,
Your Hosts

The Schlossberg Hotel Garni is located directly at the foot of the fairytale Wernigerode Castle. From here you can enjoy magnificent panoramic views of the Harz Mountains, the Brocken and the historic old town of Wernigerode, which you can reach in just a few minutes. Relax, let your gaze wander and discover the surroundings: Welcome to your vacation in the Harz!

The two buildings of the Schlossberg Hotel, the »Villa Frühling« and the »House of the valets«, have 16 spacious double rooms and suites. Comfortable furnishings, comfortable double beds for a good night’s sleep, beautiful views – we want you to feel good on your vacation. Free WiFi is available in all rooms.

The colorful city on the Harz! Wernigerode bears this nickname with its lavishly restored and colorful half-timbered houses. Historical sights such as the majestic castle, the imposing town hall or the medieval city wall are only one facet of the city. From a culinary point of view, you can also choose from a colorful variety of restaurants and bars. And from here you can explore the legendary mountains of the Harz in many ways. Great history, good food and healthy hikes and walks in nature: Here you will find numerous recommendations for your visit to our region. Look forward to your vacation at the Schlossberg Hotel in Wernigerode!

We have put together some special arrangements for lovers of the Harz Mountains and for our regular guests. The offers and arrangements apply exclusively to direct bookings on our website. Let yourself be surprised!

The two buildings of the Schlossberg Hotel are not only closely connected to Wernigerode Castle because of their location. The hotel’s stately villa, the »villa Frühling«, was originally built around 1875 as an office and residential building for the palace architect Carl Frühling. On behalf of Count Otto zu Stolberg-Wernigerode, he had the once medieval castle converted into an imposing castle ensemble and gave the landmark of the colorful city on the Harz its current, fairytale face. The second building, the »house of the valets«, was built around 1730 for servants of the count residing in the castle.

Parking spaces are available directly at the hotel.